The American and British school-age education and educational systems are very different. Both are excellent, but their focus of each is different.

The choice of system can be formative on a young person - from university entrance expectations - through to personality development and personal confidence.

The American and British school-age education and educational systems are very different. Both are excellent, but their focus of each is different.

The choice of system can be formative on a young person - from university entrance expectations - through to personality development and personal confidence.

This is a very challenging question to answer because students are often very young when they leave for boarding school.

First, the parameters. In the US, the primary age to start boarding school is 8th grade or 13 years old. In the UK, there are two primary entry yeras (11+ or Year 7, 13+ or Year 9). To convert from UK to US, just subtract one year, so Year 9 is 8th grade. In the UK, there is a further admission point after GCSEs before A levels (the 16+ for entry to 6th form), however we do not recommend this age for most students as it requires a tremendous adjustment in a short space of time.

Second, how the choice affects university. The school system in the UK is most similar to the other international systems (HK, Chinese, French, German). The US, on the other hand, is so different as to make a transition back to university in one of the other school systems challenging to impossible. Because students in the US have to study a wide range of subjects at high school, they are often lagging too far behind their equivalent British peers who have concentrated on 3 or 4 subjects only for the final two years of high school. 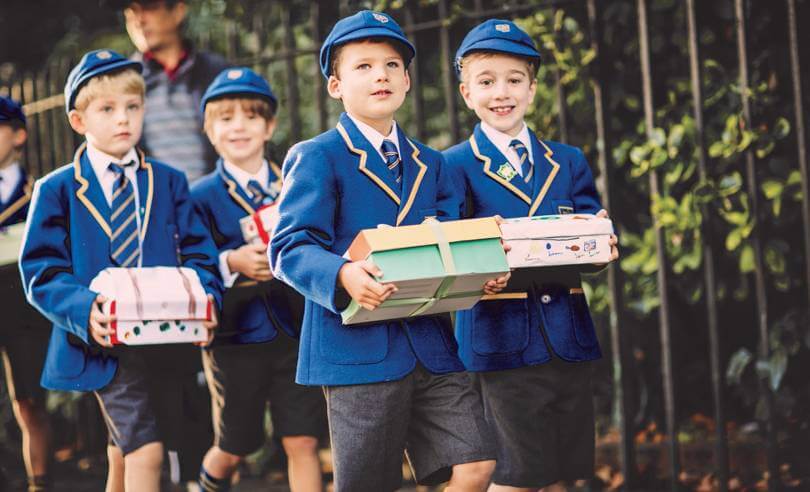 More fundamentally, the American education system values a well rounded, collaborative learning approach. As a student, you should expect many group discussions and graded group projects as well as a proportion of your grades dependent upon class participation. Concepts are often taught experientially e.g., learning physics through experimentation. You may emerge from an American high school able to programme and dissect turn of the century American literature. Towards the end of high school, American students take Advanced Placement (AP) exams, roughly equivalent to A levels or IBs, however they may be taken in any year and any quantum. These scores, combined with school grades and standardised tests, form the basis for university admissions.

Furthermore, you should expect in the American system to have a significant number of extracurriculars, ranging from mock trial and Model UN to sports and music.

In contrast, the British education system follows a progression through GCSEs (in Year 10) and A levels (in the final years). Strong students will take 8-10 GCSEs followed by 3-4 A levels. A few schools opt for the Pre U syllabus developed by Cambridge as a way to stretch their students. University admissions then depend on the GCSE and A level grades as well as interviews in the case of Oxbridge.

Extracurriculars are usually strongest around music, drama, and sports; additional enriching activities tend to be limited, especially charity and leadership roles. Some schools are much stronger than others at music vs sports; careful research is needed in order to ensure the correct choice is made.