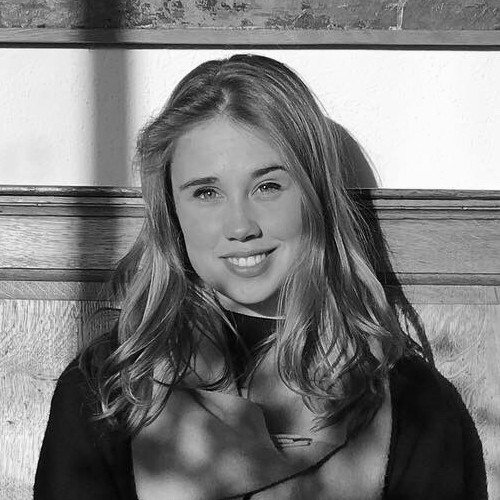 I grew up trilingual between the UK, France and Italy and went on to study at the University of Cambridge, where I was twice awarded a scholarship by my college. I took a 1st in Modern Languages at Part I (French, Italian and Ukrainian), and on my return from a year abroad spent working in Paris and Rome, took a 2:1 in Politics and International Relations at Part II. On achieving 13 A* at GCSE and an A* in French A Level aged 15, I was awarded an academic scholarship to Shrewsbury School for sixth form, where I became the first female Head of School. At Shrewsbury, I obtained 3 A*s at A Level (Latin, History, Spanish) and a D1 in Pre-U Principal Course French. My D1 was the highest mark in the country. I am currently doing an MA in International Security at Sciences Po Paris. I have always loved learning and seek to inspire an intellectual curiosity in my students.

I have experience tutoring a wide range of ages, subjects, abilities and curricula. On the one hand, I have taught Latin to primary age pupils, introducing them to the basics of grammar and language structure, and tutored the French national primary curriculum (grammar, maths, geography, history). On the other hand, I have also designed and run History of Art seminars for groups of mature students.

At the heart of tailoring an approach to every student is finding out exactly what that student's goals are, and then getting to know how that student learns. Whether the individual is results-oriented or is seeking to develop more general intellectual skills, I design resources specifically aimed at an individual's learning requirements. I believe it is important to create solid foundations, such as essay-writing skills. Building on these strong foundations, I also believe in teaching an individual not just the "what" but also the "how": I seek to equip them with the tools to approach a range of questions and, in so doing, hope to build their confidence in their ability to tackle the more challenging questions.

Due to my international and multi-lingual upbringing, I have a strong interest in foreign affairs and cultures. This interest, along with my interest in people and politics, has manifested itself through travel and journalism, including publishing articles in national newspapers. At Cambridge, I obtained a Half-Blue in fives, played lacrosse for the university, and was on the committee for the Calais Refugee Action Group. As an all-rounder at school, I played in three sports teams (first teams for hockey, lacrosse and fives), took piano Grade 8, and represented the UK as a student delegate to the European Parliament. My international mindset has also led me to take a keen interest in humanitarian issues on a global scale, volunteering with refugees in Paris, on the front line in east Ukraine and interning at the UN World Food Programme.

You may also be interested to view some profiles of our tutors who are similar to Esme OKeeffe. Alternatively please feel free to contact us to discuss your tutoring needs, and how Wentworth Education and Esme OKeeffe can help you and your family achieve your goals.

I am a very experienced teacher of languages and have taught students of all ages (both primary and secondary), abilities and backgrounds. I love being part of the process of enabling students to achieve their potential and have spent many years working in classrooms, one to one tutoring as well as designing the new qualifications for A level and GCSE for one of the exam boards. This has given me an excellent understanding of their requirements as well as how to prepare for success in the new qualifications. ...
... See Katherine Smith's tutoring profile