Private Education & Tutoring During The COVID-19 Coronavirus Pandemic
No in person tutoring should occur until further notice. All tutoring should move to online video conference facilities. We are very experienced at providing remote tutoring via online portals. We have been providing tutoring during the COVID-19 outbreak to families across the globe since January 2020. Please contact us to see how we can help you and your family during this period. I graduated from University College London (UCL) in 2014 with a 1st class degree in Ancient History and a Cambridge CELTA qualification in English foreign language teaching. I grew up in Sussex, England where I went to Worth Abbey boarding school and obtained my A-Levels (Maths, English, French and Music). Before applying to university I moved to London to study two more A-Levels (Ancient History and Classics) at Mander Portman Woodward sixth form college (MPW) in South Kensington. Throughout university I was an English language teacher at different international summer schools teaching teenagers of various nationalities including French, Spanish, Japanese and Russian.

After graduating from UCL I moved to the south of Spain where I tutored part-time on a one-to-one basis helping students of all ages improve their conversational English.

I first started working with young students as an assistant at my old school during the summer holidays. Since then I qualified to teach English as a foreign language and returned, this time as a teacher, to summer schools I had already worked with including Heathfield Summer School (girls aged 8 - 17 of various nationalities) and Europe Langues Organisation summer school (mixed groups aged 12 - 15 predominantly French).

After moving to the south of Spain in 2015 I gave private English tuition to students of all ages, many looking to improve their conversational skills or prepare for their Cambridge English exams.

I work hard to try and develop a 'safe' environment where students feel confident enough to ask as many questions as they need. I remember avoiding speaking out in certain classes at school in case my question was regarded as stupid or elementary. The more I have studied the more I have become aware of the importance of the learning style of each individual and I believe a teacher should try to adapt to the student as best they can. The best results are therefore achieved when both the student and teacher work together to understand and compliment the learning process of the student.

Outside of tutoring I have a great passion for the outdoors and have helped set up two initiatives, MCXpeditions and the Lake Geneva Swimming Association, the former organising and leading desert expeditions all around the globe and the latter putting on open water swimming events in Lake Geneva, Switzerland.

You may also be interested to view some profiles of our tutors who are similar to Timothy Davies. Alternatively please feel free to contact us to discuss your tutoring needs, and how Wentworth Education and Timothy Davies can help you and your family achieve your goals. Originally from New York, I received my BA from Yale University in Russian Language and Literature. After spending several years in Paris, I came to London to complete my MA at the Royal College of Art. I currently live in London, and work as a painter. With over three years of private tutoring experience, I especially love teaching English, literature, history, and writing. I also have considerable experience preparing students for the SAT, and counselling US college applications. ...
... See Beau Gabriel's tutoring profile 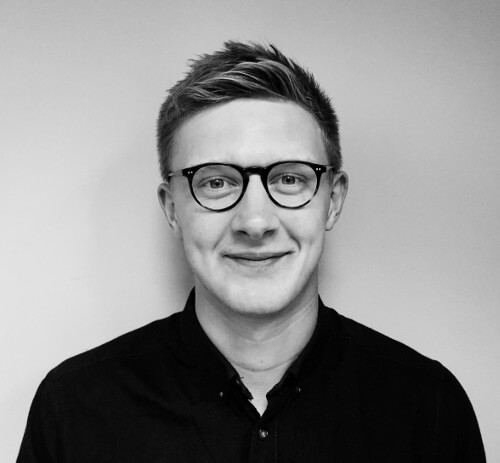 I recently studied Modern Languages & Management at undergraduate level at Cambridge, won the Eton College Spanish prize, earned top grades at GCSE, AS level & A Level and was awarded a Scholarship in Modern Languages in my 1st year at Cambridge. I have received a lot of tutoring along the way so am familiar with what works and what doesn't. From my experience, the best tutors make grammar, literary analysis & learning simple but also highly engaging. I enjoy teaching at all levels from GCSE to University Admissions and find it very satisfying to see my tutees progress and enjoy the sessions. I'm sociable, play a lot of sport in my free time and love to travel. Please do get in contact if you have any questions! ...
... See Henry Hall's tutoring profile

I am an outgoing tutor with an enthusiasm to help students engage with and enjoy their education. I value learning as a way of coming to understand the world and what is going on around you!

My A-Levels helped me to shape a way of thinking that then led to my degree in Anthropology at UCL, for which I received a 1st. This was one of the most exciting and stimulating decisions I made, and I thoroughly enjoyed each moment of my course.

I am confident in teaching a broad base of humanities and languages, and hope to have the chance to inspire some students in doing so! ...
... See Michael Ogilvy's tutoring profile 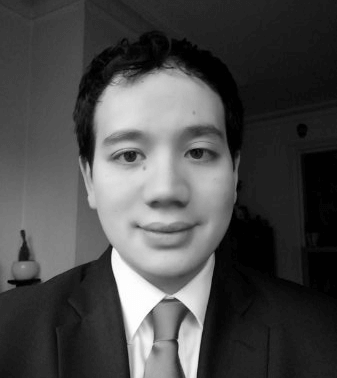 I am an empathetic and enthusiastic tutor with over 1000 hours of experience and a member of the Tutor’s Association. Parents have consistently commented on my ability to inspire and build excellent rapport with their children. In all my tutorials, I endeavour to cultivate the untapped potential that is can be difficult to unlock in the very formal and hierarchical school environment. What is more, my experiences as a tutor and observations in schools have also given me a strong insight into how to develop a form of pedagogy that is congenial to tutorials but not irreconcilable with classroom teaching. ...
... See Gavin Fiddler's tutoring profile 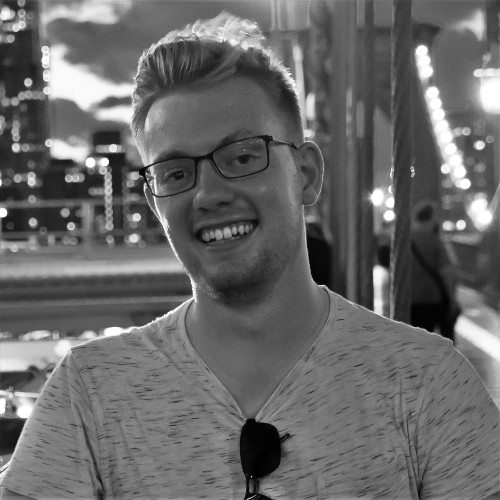 I am an experienced and enthusiastic tutor with classroom teaching experience, who is genuinely passionate about History and its relevance today. I graduated from Brasenose College, Oxford in 2017 after having studied History. I have since worked at Eton College in the History department and (more recently) as the College's Filmmaker-in-Residence.

At Eton, I was part of a 3 person team working with History Oxbridge applicants three times a week, advising on every step of the admissions process. This has included advice on personal statements, marking History Aptitude Tests, and carrying out mock-Oxbridge interviews for both the Eton students and applicants from other schools. In the year 2017/18, we received more Oxbridge offers than any other department in the school. I have also worked on the Eton Universities Summer School for the last four years running, teaching history and working as a tutor. ...
... See Robert Belok's tutoring profile 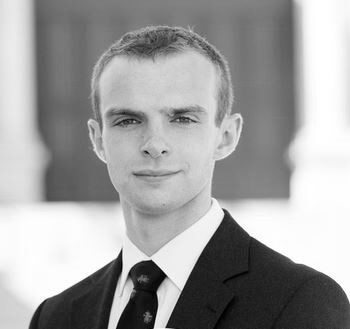 I was born and raised in the United Kingdom and won an academic scholarship to Sherborne School at the age of 13. When I was 16 years old my family relocated to the United States, so I completed my secondary education at a competitive high school in the Houston area. After quickly adjusting to the American system, I achieved excellent results in my AP exams and SAT tests and received a place in the prestigious Plan II Honours program at the University of Texas at Austin. I graduated a year early with high honours, a second major in History, and an undergraduate dissertation that was awarded special honours. I have years of experience tutoring for the SAT and ACT exams and experience teaching the American public school curriculum in the humanities. I specialize in preparing international students wishing to attend university in the United States. ...
... See David Wilkinson's tutoring profile 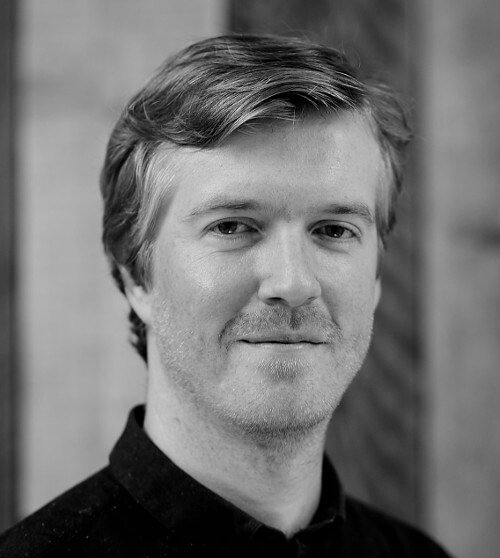 My name is Sam and I am a would-be barrister with a particular interest in medical law and its associated ethics. I got to the Bar course, where I am currently, via Oxford, KCL and a little northern town where I grew up with my Mum and Dad.

After a whirlwind of youth in school and college, I managed to stay just about upright and with a decent record of attainment to see me out of the door with something of a course plotted. I like to think I did a little here and there to help some of my friends out along the way.

I took plenty of opportunities to hear my own voice, with debating and mooting competitions dotting my CV. I like to think I've learned to control my verbosity and use it only for the forces of good now.

Oxford was an education in many more ways than one and the fabled tutorial teaching was a reinvigoration in the power and enjoyment that exists in a focused teaching session. My friends are I'm sure all delighted that I have adopted the method whenever I'm trying to teach them something important .... even if they don't always want to hear it.

When I manage to put work and my oratory to one side, I try to balance it all out with a healthy smattering of song, dance, tea and cake. Because that's what life's really all about. ...
... See Sam Irving's tutoring profile 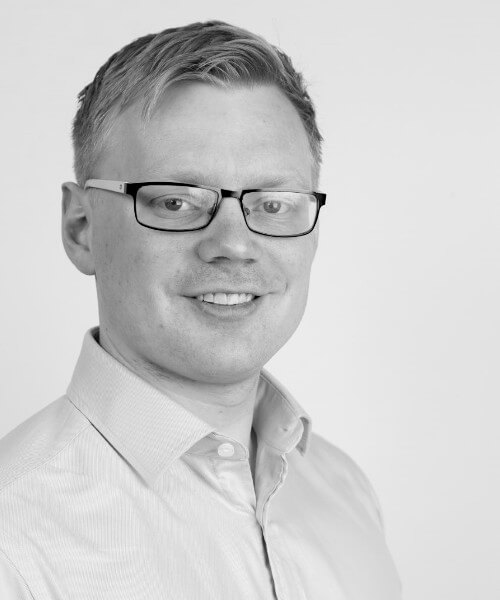 A personable, articulate Cambridge graduate, who loves working with young people. I’m a natural problem solver, with a strong desire to ensure the success of my students. My strengths as a tutor involve creating a calm, non-judgemental space to learn, which I find allows students to develop their confidence and discover their talents.

At school, I combined a stellar rugby career, playing to a county standard, with academic excellence, achieving top grade A-Levels across the board, and earning a place at the University of Cambridge. I graduated from the University of Cambridge with a very solid 2.1 degree in Theology and Religious Studies in 2013. In my final year at Cambridge, I was the captain of the Clare College University Challenge team, making the quarter finals of the nationally televised competition.

My desire to teach began while I was still at school: Aged 16, I volunteered teaching English in my lunch breaks at my local primary school, and mentoring younger students at my own school who were not achieving their potential.

I have always been attracted to a wide range of challenges. After graduating from Cambridge, I began training as a secondary school RE teacher. I then pursued a career in fundraising, spending the last two years with the Duke of Edinburgh’s Award in London. I am now exploring training as a psychotherapist. ...
... See Tom Wright's tutoring profile 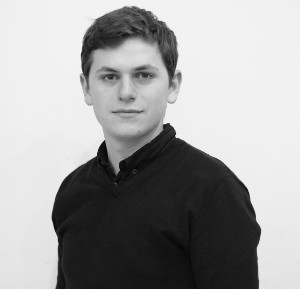